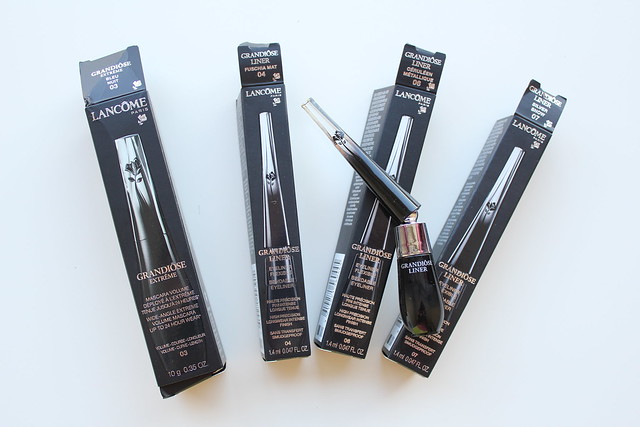 For Spring 2017, Lancome is releasing new shade extensions to some of their recent eye products. The Lancome Grandiôse Mascara Extreme (C$36) was first introduced for Fall 2016 as an extension to their original Grandiose Mascara. The Grandiose Extreme claims to offer even more volume, curl and length for up to 24 hours of wear. I liked the original Grandiose, but only after a few weeks off testing. The original formula was a bit too wet for my short straight lashes so it wouldn’t build up or hold a curl. I haven’t tried the Grandiose Extreme in the original black, but I have the shade Bleu Nuit to share with you today. In addition to Bleu Nuit, it is also available in Burgundy.

In terms of the formula, this one blows the original Grandiose Mascara out of the water. While it is still a wet formula, it dries down much faster so that you can build up more volume and length to your heart’s content. In addition to it looking fantastic right after application, it is also great at holding a curl. The first time I tried this, I didn’t even curl my lashes because I couldn’t find my lash curler, but this managed to give my lashes a nice lift that stayed in place all day. It also doesn’t flake, smudge, or wear off until I removed it at the end of the day. Removal was easy, as it just melted into my cleansing oil without the need to rub my eye too much.

The Bleu Nuit colour looks very intimidating at first because it’s almost a bright blue coming out of the tube, but it dries down to a dark navy on my black lashes. It gives just the right amount of tint that isn’t too crazy. I would wear this to the office no problem. 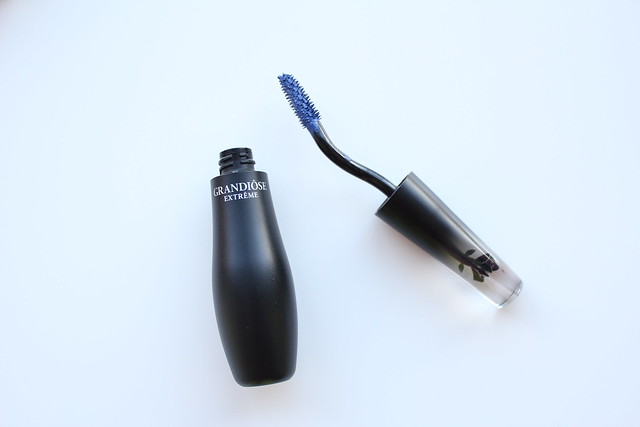 The Lancome Grandiôse Eyeliner (C$40) was a Lisa Eldridge invention. The applicator bends to a 35 degree angle to help make liquid liner application a breeze. It has a felt tip applicator, but this is different from other felt tip applicators because it is soft and bends with ease. I usually hate felt tip applicators because the stiffness makes it hard to create a cat eye, but I did two near-perfect cat eye flicks (one for each eye) in under 10 seconds, no joke. While it is not a one-swipe wonder, i.e. you do need to go over each section of your lash line a few times to build up the formula, you don’t need to re-dip and each dip will give you enough product to finish one eye.

In addition to easy application, the formula itself is seriously amazing. I have very bad luck with Western brand liners because they usually smudge like no tomorrow on me, even the high end ones. The Grandiose Eyeliner lasted all day on me without fading, creasing, or flaking. It looked absolutely perfect on me until I went to take it off. When I did remove this, it came off in chunks instead of dissolving in the cleansing oil, which actually made removal very easy as well.

The three shades that I have are Fuchsia, Cerulean and Silver Snow. Fuchsia dries down matte, whereas Cerulean and Silver Snow dry down metallic with a wet look. This also comes in a Metallic Green shade. I wear Cerulean all the time, it is a very dark navy blue base with blue metal shine to it – it is seriously the most gorgeous eyeliner I own. The colour brings out the colour of my eyes, and really helps to make my eye makeup pop. The colour reminds me of peacocks! 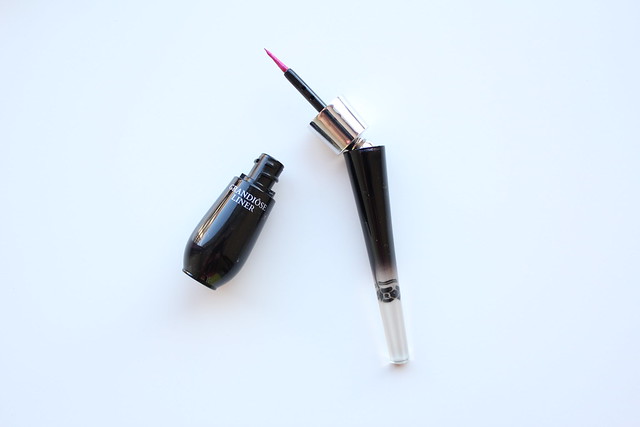 I can’t say enough good things about these two product formulas. I normally don’t wear coloured mascara or liners so I was a bit wary about these, but I’m so happy to say that I’ve found new favourites. I definitely have to check out the original black shades in store.

The new shade extensions for Grandiôse Eyeliner and Grandiôse Mascara Extreme are available January, 2017, at Sephora, The Bay, Shopper’s Drug Mart, Murale, and other places that sell Lancome. 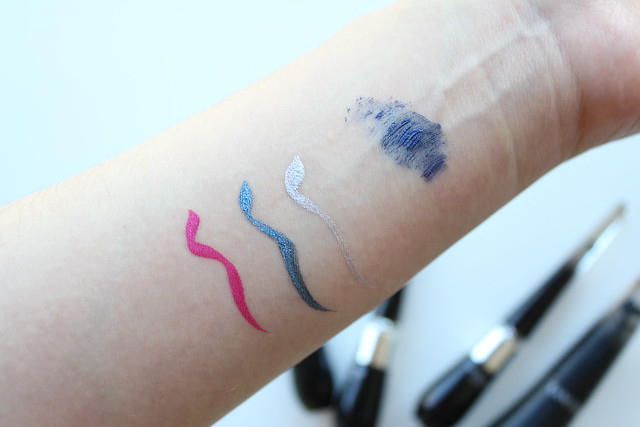 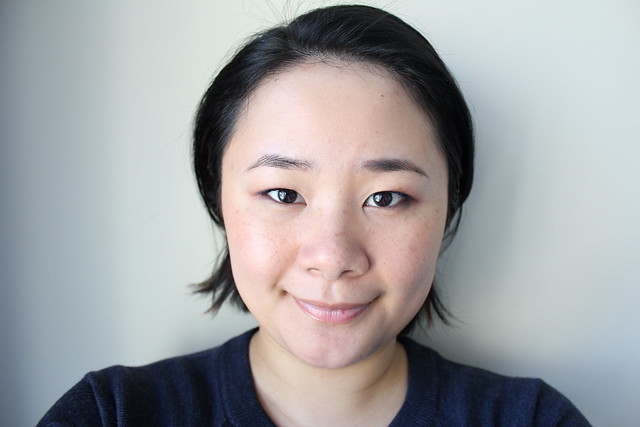 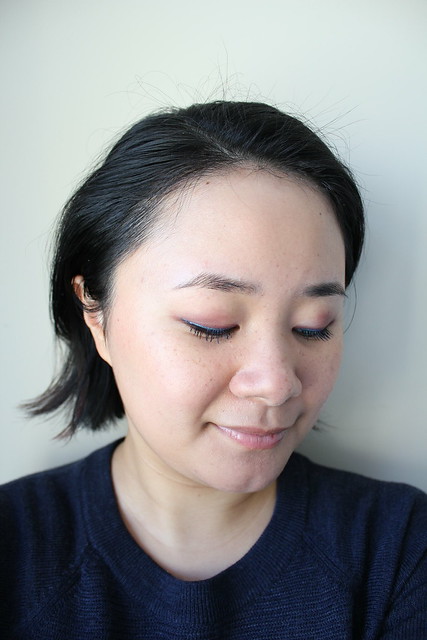 Products received courtesy of PR; opinions are my own.

I'd love to hear your thoughts and comments! Cancel reply

Sheila is a Vancouver, Canada-based beauty, lifestyle, and fashion blogger, since 2008. See here to learn more about Sheila and her blog, Maddy Loves.

Questions/comments? Sponsorships/invitations? Contact me at maddylovesblog@gmail.com. Look forward to hearing from you!

I’ve become one of those grow light people.
Happy one year wedding anniversary ❤️
It’s not the perfectly curated shelfie but I’m so happy with how our floating shelves turned out! I’m still trying to figure out which plants I want to put here (yes I put the shelves in just so I have more surface area for plants in my south facing office), so it’ll be a work in progress for a while longer. I’ve always been anxious about installing shelves on walls but I really love that clean look so I’ll likely be putting more of these up around our house 🤩
Dream plant acquired 💕
Walking into the extra long weekend like 😄
You know how I feel about laughing photos. I had a really rough day today so let me channel this positive laughing energy into today. This is my favourite photo from my shoot with @echinphotography, I love how my little chin dimple is showing through.

All of the products featured on Maddy Loves are products that I have tried for myself over a period of time. They may be working for me, but may not work for you. Please exercise discretion when making your purchasing decisions. Maddy Loves will not be held liable for any problems or concerns that arise.

Unless otherwise stated, the products featured on Maddy Loves were provided by brands or PR for editorial consideration. Maddy Loves is not affiliated with any of the brands, companies or products unless otherwise specified. All of the opinions on Maddy Loves are solely my own and do not reflect the opinions of the brands or companies. Maddy Loves is an unbiased beauty blog and its opinion or conclusion are not influenced by whether the product was purchased or provided as a media sample.

Please make note that any content on this blog is copyrighted to me (unless otherwise stated). Please do not reproduce without permission.